Here we are on the streets of Mumbai in search of a Indian snack, and also a type of Chaat. It’s called Bhelpuri, often identified with the beaches of Juhu in Mumbai.  It is made out of puffed rice, vegetables and a tangy sauce. The recipe has spread to most parts of India where it has been modified to suit local food availability. 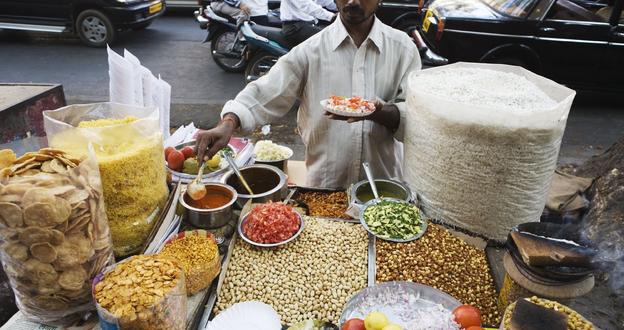 A vendor sells Bhelpuri on the streets of Mumbai.

Bhelpuri and Jhaal Muri belongs to the food family of chaats, which are salty and spicy snacks sold on carts throughout India. Bhelpuri has a typically Gujarati (Gujarat) balance of sweet, salty, tart and spicy flavors, with different textures as well, including crispy and crunchy from the puffed rice.

Bhelpuri can be served in many ways, but it is usually served in a paper folded in the form of a cone and is consumed using a paper spoon or by the ‘papdi’ which is itself an edible component of the ‘Bhelpuri’. ❤

Bhelpuri served in the paper fold in the form of a cone.

Jhaal Muri/Bhelpuri can beat the packet of chips which you take for snacks costing nearly same or even less with vibrant taste.

People in UK can try to find ‘Everybody Love Loves the Jhal Muri Express’ ran by Angus Denoon. Angus is bringing the Kolkata street food to your door step. You can search him on twitter @jhalmuriexpress

Shanti Restaurant in Surrey is another place to visit to have some taste of Indian street food. The restaurant has some fabulous dishes in there menu with different style and taste. 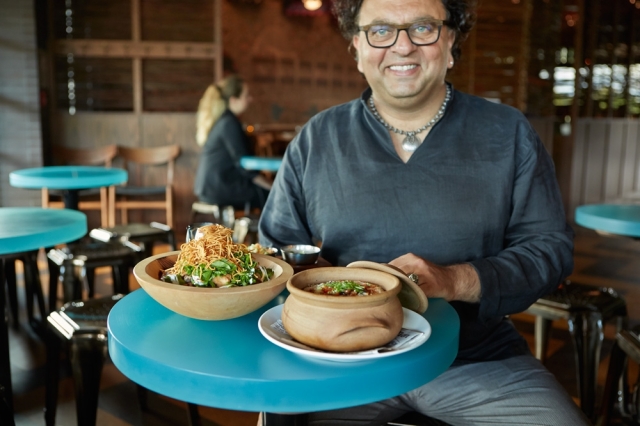 People in United States, especially in NYC can reach out ‘Desi Galli’ in Lexington,NY. Desi Galli has many Indian street foods available under one roof. You can try ‘Kathi Rool’ one of the most yummy food on Indian streets. 🙂

So, plan out for your next weekend with your family and friends to get some taste of Indian street foods nearby you. Hope you Enjoy it 🙂